It’s that time of year again, where shippers try to shore up rates for the coming year by sending transportation RFQs (Requests for Quotes) out to carriers and freight brokers. With all the disruption in the supply chain this year, however, are such RFQs practical for 2022?

The short answer is “no, they’re not.” RFQs are currently close to impossible. The spot market prevails and will likely do so well into the coming year. 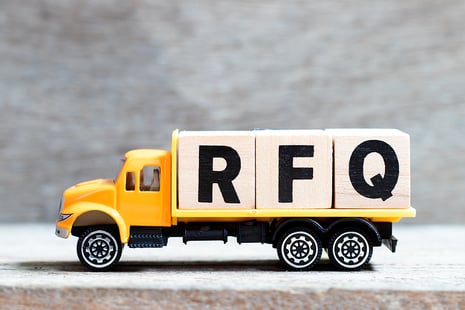 With all of the challenges in the transportation world – whether bulk, dry van or any other type of transport – carriers are hard pressed to give you pricing for a few weeks from now, let alone next year. There’s simply too much uncertainty.

The only exception would be if you’re a very large shipper that accounts for a sizeable portion of business for a very large carrier. Such a carrier may be better able than small- to mid-size carriers to accurately predict costs because they tend to be better able to predict their assets, equipment and driver numbers. Much of this has to do with them being at the top of the pecking order in the battle for drivers.

The driver shortage is still wreaking havoc on the trucking industry, particularly on small- and mid-sized carriers. For example, I recently spoke with the head of a relatively small bulk carrier company. Over the course of a few weeks, he was happy to tell me of the new drivers he was able to bring on board. Most of his trucks would now have drivers to operate them. But on our most recent call, he was singing a different tune. Several of his drivers were offered better wages and benefits from a much larger carrier and they jumped ship.

Such situations are common and illustrate why predicting capacity could be a little easier for the ‘big fish’ carriers that can afford to gobble up drivers and keep them happy, and much more difficult for the ‘smaller fish’ carriers that don’t have the means to compete.

Now, I do expect that the capacity situation will improve for shippers. But it won’t improve in the near term. There are efforts underway to attract new truck drivers to the industry, including legalizing interstate trucking for 18- to 20-year-olds. However, the impacts of such moves on the bulk trucking industry – if any – remain to be seen.

In addition to the driver shortage, there are still myriad issues to contend with within the supply chain. Many manufacturers, for instance, struggle to obtain the materials needed to make their products. These issues will eventually sort themselves out within the private sector, but it takes time.

So, my advice to shippers is something few like to hear: be patient. I know your business needs to plan and there are people at your company being paid well to do this transportation planning. But the fact of the matter is that the trucking industry is, right now, largely ‘unplannable.’ The best course of action is to roll with the punches within the spot market until the light appears at the end of this very long tunnel.

This entry was posted in Freight Industry Issues by Andrew Scibelli